Caring for the heartbeat of the organization 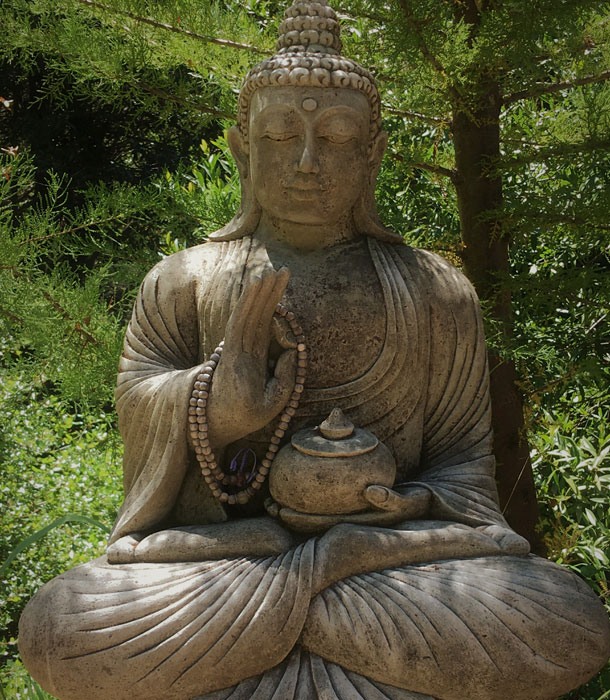 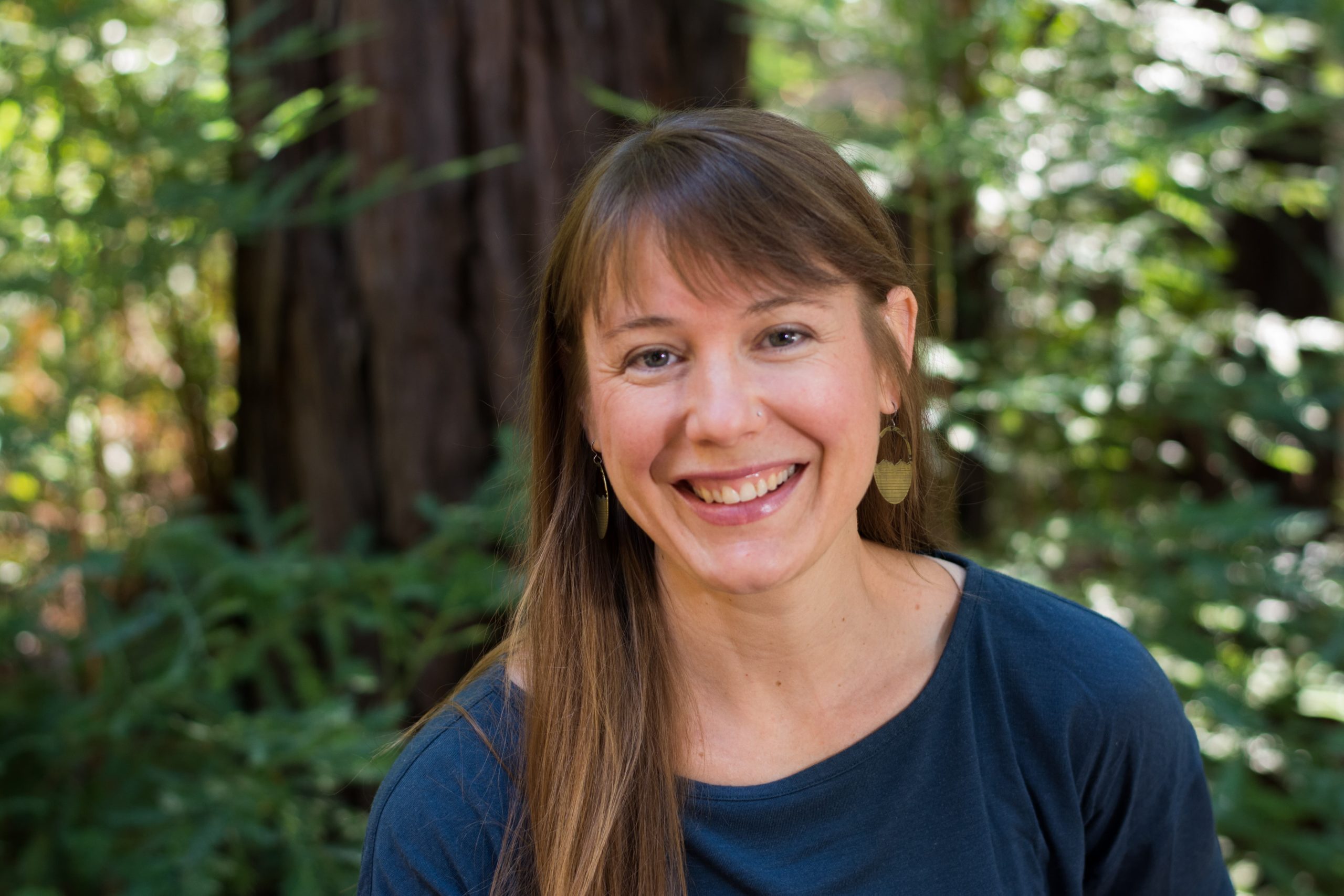 A year filled with so much growth, community support, and abundance

“I have warmth in my heart and a smile on my face, 2019 was another year to rejoice in.”

We prioritized streamlining our processes, taking care of our planet, and creating a culture of collaboration. We rejoice in all of these highlights and so much more! 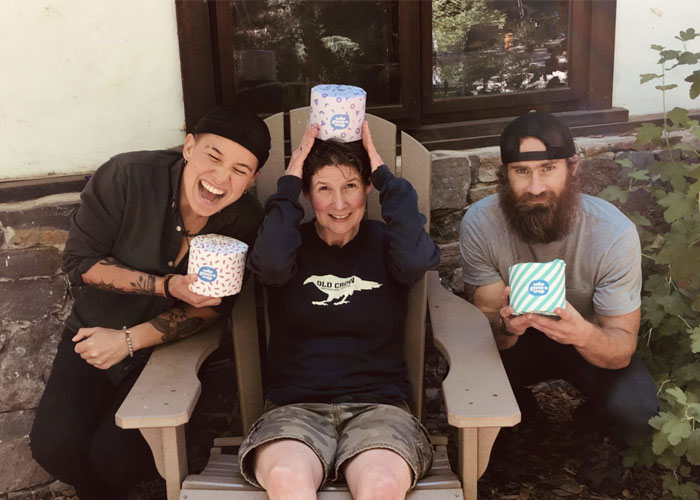 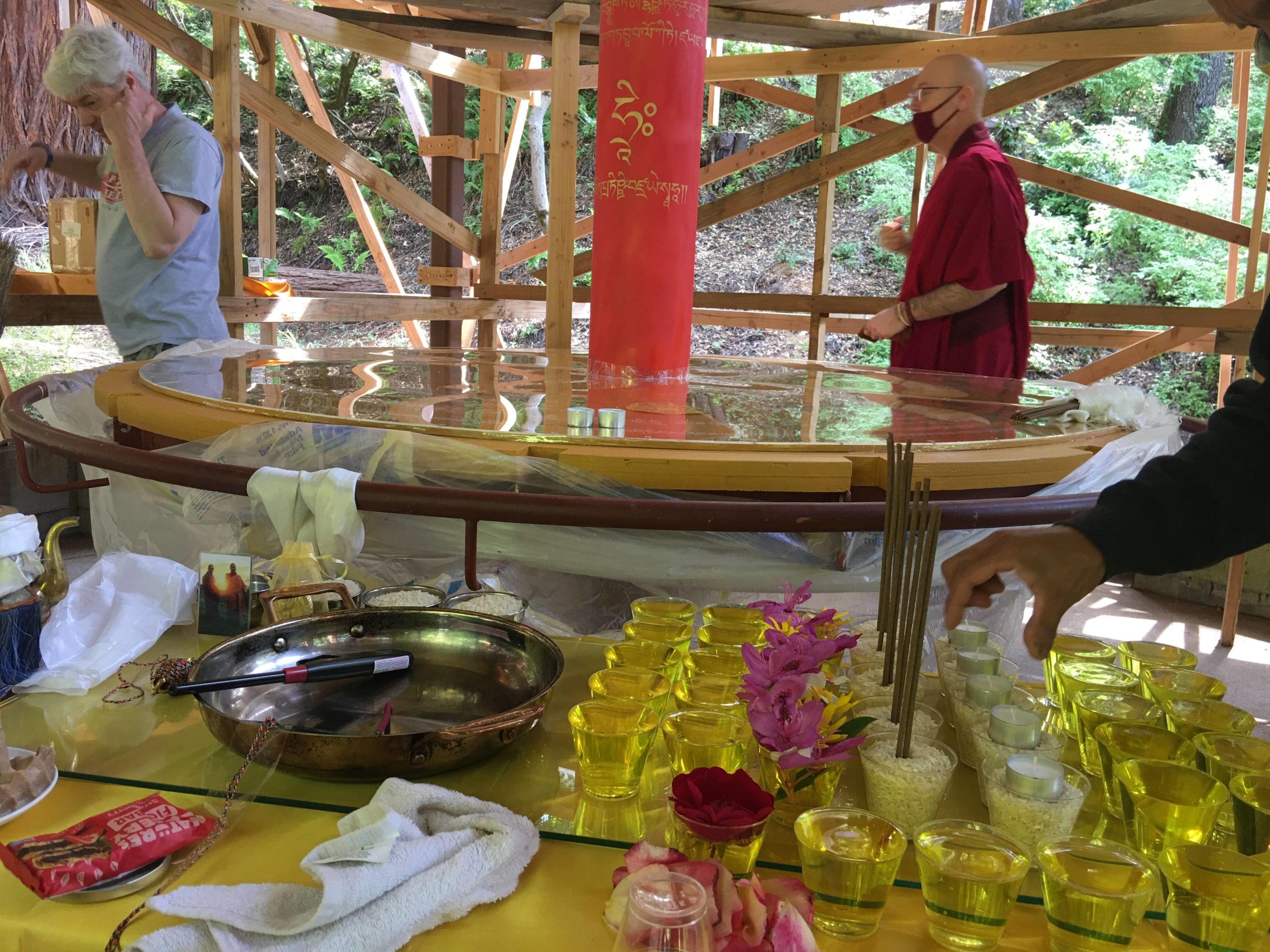 When we add up all our practice together, it’s amazing to see how our impact grows.

Our Wise Heart Youth Programs continue to be a great success in bringing Dharma to younger generations!

926 people nights in our private cabins

This is the equivalent of 132 individuals doing a week-long private retreat.

Practitioners in our group and private retreats help to imbue this land with their dedicated practice.

We helped many beings experience 106,320 hours in the beautiful redwood forest.

WE COULDN’T DO IT WITHOUT OUR WONDERFUL TEAM!

Here are some of the many special beings who helped serve the center and make the magic happen in 2019. With deepest bows to you!

Our wonderful Resident Teacher who has been here since the very beginning. When she wasn’t teaching the masses about Dharma in the Gompa, you could find her sending letters to folks all over the country to vote or making delicious casseroles.

Our skilled Kitchen Manager. When she wasn’t cooking us all delicious vegetarian food, you could find her running the trails with her two adorable dogs.

Our dynamic Kitchen and Housekeeping dakini. When she wasn’t making delicious desserts or making our cabins sparkle, you could find her teaching dance or making whatever room she was in billow with laughter.

Our Land crew extraordinaire. When he wasn’t digging out our ditches or chopping wood, you could find him taking a “nice and casual” 10 mile run to train for the various marathons he runs a year.

Our caretaker and keeper of Vajrapani wisdom. When he wasn’t fixing all sorts of things around the center, you could find him taking beautiful photographs or drawing incredible portraits.

Our strong caretaker. When he wasn’t painting around the center or chainsawing trees, you could find him rock climbing in the great outdoors.

Our fearless Housekeeper. When she wasn’t making the center sparkle, you could find her doing laughter yoga or ecstatic dance.

Our dynamic Work-study duo. When they weren’t chipping in all over the center with all sorts of projects, you could find them at the climbing gym or drinking Mountain Dew and eating Twinkies like they do in the south.

Our personable Community Relations Coordinator. When they weren’t handling all things office, you could find them at ecstatic dance or at the Crossfit gym.

Our amazing Spiritual Program Assistant. When she wasn’t working her magic to make the center shine and caring for all things spiritual, you could find her doing yoga and adventuring with her husband Steve.

Our loveable Administrative Assistant. When she wasn’t running our books and payroll, you could find her taking extraordinary photographs and being an amazing mother of two.

Our knowledgeable Spiritual Program Coordinator. When she wasn’t putting together all of our amazing program offerings, you could find her taking a walk on the peace trail with her two cats.

Our steadfast Center Manager. When she wasn’t spearheading all sorts of projects around the center, you could find her tending to our various gardens around the land or taking her casual 4 mile runs before sunrise.

Our heart centered Executive Director. When she wasn’t fearlessly guiding us all, you could find her playing in nature or creating beautiful art.

No one captures the impact Vajrapani has better than those who come here on retreat!

“Something deeply healing happens when I am able to slow down and connect with the elements of nature and the sanity of mind. I feel grateful to take this healthiness back into the world for others.”Jenny H. Sharing from experience in Private Retreat


“Vajrapani is my happy place. It grounds me, inspires me, and I always learn new tools that help me to be a better human.” Mario C. sharing from experience on Cultivating Emotional Balance retreat


“One of the most transformative and meaningful experiences of my adult life!”Rebecca O. sharing from experience on New Year Vajrasattva Purification retreat


“Gratitude does not begin to express how I feel after spending a week on solo retreat here. More like ‘awe’. Everywhere I looked, every detail, from the cabin arrangement to meal delivery service, I saw signs of love and support for my practice. Not a thing overlooked anything.” Alex sharing from experience on Private Retreat


“Deeply peaceful. grounding, and restorative. Stepping away from the hecticness of daily life into something deeper.” Laura L. sharing from experience on Private Retreat

“You (Vajrapani) have the spirit of Lama.” Adele H. in response to a monthly Vajrapani newsletter

During 2019, Vajrapani Institute invested $72,670 in building, infrastructure, and land improvements and $142,083 in the continuation of the Prayer Wheel project. 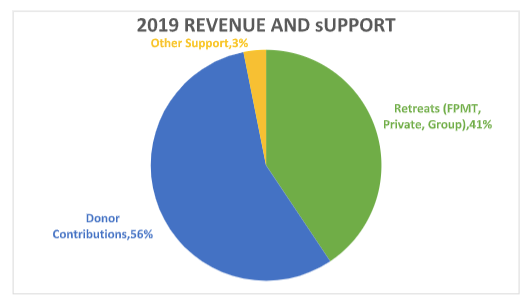 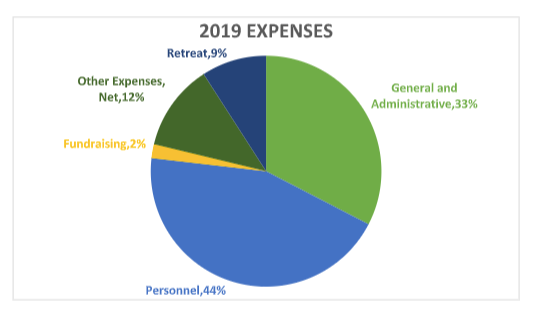