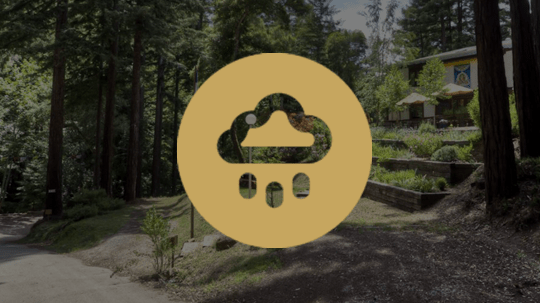 05 Mar Stormy Weather, Rocky Roads and Bodhisattvas Like You

Posted at 08:20h in Uncategorized by vajrapani

2017 started with an exciting vision for how the year would unfold. We were gearing up to start the construction of the much awaited Compassion Wheel Project and undertake the first phase of a massive infrastructure overhaul, as discussed in a previous 2017 Annual Report article.

It’s not what happened. Like in so many other parts of the world, we felt the power of mother nature who had different plans for us. Extreme weather stretched us painfully. More than 100 inches of rain fell between November 2016 and March 2017, making our local town of Boulder Creek one of the wettest in California. The havoc which ensued forced the last minute cancellation of several major retreats. And then, months later, in the Fall, a local fire triggered the evacuation of our largest retreat group of the year mid-way through the event.

Amid all the upheaval and destruction, 2017 stands out as a celebration of community support. The support, emotional and financial, has been over and above. Like one big family, you made your presence felt.

Numerous donations large and small came in throughout the year allowing us to replace collapsed culverts; addressing landslides, repairing roads – often improving what was before. In the Fall a generous donor offered a $20,000 Rocky Road challenge to help us fix the road. Thanks to you, we were able to match this generosity.

In 2017 it is the team spirit that won the day. In Hemingway’s words: “the world breaks everyone and afterward many are strong at the broken places.” All the events of 2017 made us stronger.


The Vajrapani Institue will be closed during the month of January for our staff retreat. We will reopen on Saturday, February 1st.