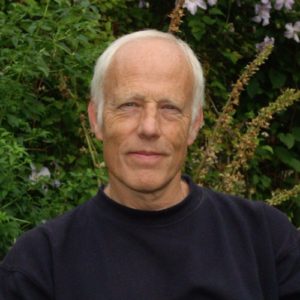 Rob Preece has been a practicing Tibetan Buddhist for the past 40 years. He was a founding member of Manjushri Institute in the UK and lived there until 1980 when he went into retreat above Dharamsala on the guidance of Lama Yeshe and Lama Zopa Rinpoche. He remained there for the next five years primarily in retreat but with the opportunity to study with a number of eminent lamas including Song Rinpoche, Lati Rinpoche, Gomo Rinpoche and H.H. Dalai Lama.Returning to the west in 1985 he began to train as a psychotherapist at the Centre for Transpersonal Psychology in London, in Jungian based psychotherapy. Since that time he has had a busy psychotherapy practice and has taught many workshops on comparative Jungian and Buddhist Psychology. More recently his work has shifted from psychotherapy to spiritual mentoring.

Over the past 25 years Rob has also lead many meditation retreats introducing the practices of the Tantric tradition with a wish to honor Lama Yeshe’s profound and creative approach to practice. Many of these retreats bring together the combination of meditation and movement guided by his wife Anna. In 2005 Rob was initiated as a Granicero or ‘weather worker’ within the Nahual tradition of Central Mexico something that informs his work with the land and weather within which he lives in the UK. He brings together the Tantric tradition with this shamanic background as a means to help Tantric practice become grounded in relation to the land and the elements of the natural world.

Rob is an experienced thangka painter, keen gardener and the father of two boys. He is the author of The Psychology of Buddhist Tantra, The Wisdom of Imperfection, The Courage to Feel and Preparing for Tantra.