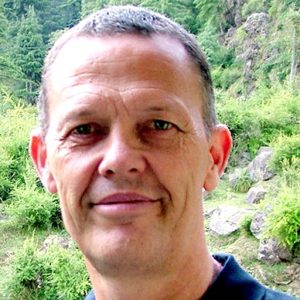 Originally from Australia, Glen attained a BSc in IT at the University of Queensland. After four years working in Brisbane, he spent the next eight years working and traveling around the world. Having ‘bumped’ into Buddhism during his travels (“I read a book about Buddhism and it seemed so logical and many things resonated extremely well with my innate beliefs”), he attended his first Dharma teaching in Dharamsala, India in 1995. He completed the two following Kopan November courses in Kathmandu, Nepal and joined the seven-year Masters Program in Advanced Buddhist Studies of Sutra and Tantra at the Lama Tzong Khapa Institute (Pomaia, Italy). He graduated from the Masters Program in 2004 and completed his studies with an eight-month retreat at Oseling Center in Spain. Since 2005 he has taught and led meditation retreats in India, Europe, North America and Australia with a teaching style emphasizing clarity and stressing the integration of philosophical view, meditation and daily life conduct.

“Glen is one of the most skilled teachers I’ve ever had the pleasure to learn from.” -Doug S. 2019 retreat participant