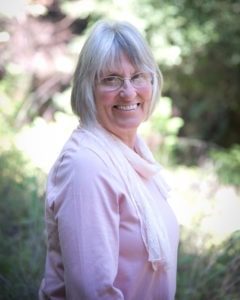 Vajrapani Institute has been very fortunate in the great practitioners and teachers who have held the role of Resident Teacher, starting in the early days with Geshe Lobsang Gyatso and Geshe Wangdu. More recently, we’ve been blessed with Ven. René Feusi followed by Ven. Tenzin Chogkyi. We now welcome Elaine in this role. Elaine is loved by and well-known to our community. She was one of the founders of Vajrapani Institute. She served as its Director 2004-2009, and since then, in various roles helping us grow and serve the Dharma. She has been instrumental in the development of the center and its staff.

Elaine has been a student of Lama Yeshe and Lama Zopa Rinpoche since 1977. She has studied with many great masters including Kyabje Zong Rinpoche, Choden Rinpoche, Kirti Tsenchab Rinpoche and Ribur Rinpoche among others. She completed a three-year retreat in 2014. Since her retreat, she has been teaching at centers in the United States and abroad. 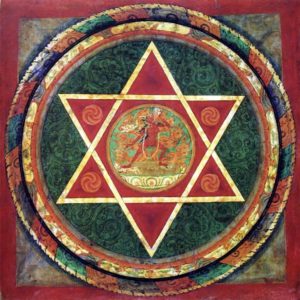 Level Strictly Highest Yoga Tantra Initiates Only (see "Prerequisites" sections below for further information on what is required.)   Silence Level Partial silence (we will ease into silence, depending on consensus.)   What is it? The Highest Yoga Tantra practice of Vajrayogini is held to be especially effective in “degenerate times” as it skillfully cuts through ignorance and cultivates profound wisdom, love and compassion. . In this 5-day retreat, through the power of meditation, we will delve into each of the eleven yogas of this practice,  in order to unpack its meaning. We will explore the many visualizations and experience the various positive… 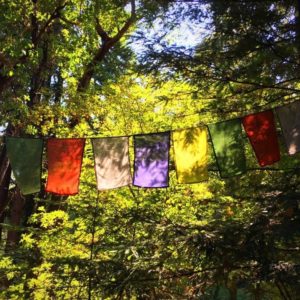 Eight Pillars of Joy: Making the Most of Your Precious Life

What is joy and how can we bring more of this precious quality into our lives and our world? This retreat offers a practical exploration of eight powerful insights into what brings us true joy, examined through the lens of wisdom shared by two of the most respected spiritual leaders in the world, His Holiness the Dalai Lama and Archbishop Desmond Tutu. The course's content is based on a delightful and wide-ranging conversation between these two beloved elders that was published in 2016 and rapidly became an international bestseller: "The Book of Joy: Lasting Happiness in a Changing World."